Our Arrington XRP Capital Advisory Board

We are still a very young hedge fund, but we have been extremely active over the last few months in making new token purchases – you can see most of our non-confidential token purchases here on our portfolio page. This list doesn’t include other tokens we have purchased on the open market (or otherwise), of course, but it gives a good selection of the types of things we have made early, pre-release bets on.

An important part of our overall investment strategy is making these bets, and so we are constantly building alliances with people and entities that can help us see a broad range of new deals, and give us unique perspectives on the teams, products and technologies involved.

Some of these relationships are more formal, and so we’ve created a special advisory board to help us find and select deals. So far we have six people, all listed on our Team page and below. These are among the most networked people in the cryptocurrency world, and they are all really decent human beings as well.

We are proud to announce Yiseul Cho, Jeremy Gardner, Natalia Karayaneva, Miko Matsumara, Will O’Brien and Dovey Wan to the Arrington XRP Capital Advisory Board: 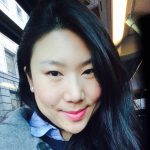 Yiseul Cho – Founder and MD, Zen9 Ltd – Yiseul is both a data scientist and blockchain expert. Yiseul previously worked for HSBC where she led the Blockchain analytics team. In 2016 she won 1st place in the Consensus Hackaton. Prior to that she was a founding partner of Blockchain Partners Korea and also worked at Facebook. Yiseul founded Asian Crypto Girl power, a group of influential female entrepreneurs in the Asian crypto space that supports female developers and entrepreneurs. She also founded Hyperledger London, the largest Hyperledger community in the world. She serves on the board or advises 2 blockchain conferences, PolicyPal Network, ICON Foundation, MediBloc, Waves Platform, Nucleus Vision and The Bee Token. Yiseul holds Masters degrees from École Nationale Supérieure des Mines de Paris and MIT.

Jeremy Gardner – Founder and Managing Partner, Ausum Ventures – Jeremy Gardner is the Co-founder and GP of Ausum Ventures, a venture firm investing in blockchain technology for the betterment of humanity and the world. While attending the University of Michigan, Jeremy founded the Blockchain Education Network (BEN), a global educational nonprofit and cofound Augur, the decentralized prediction market platform, and led their ICO— the first ever on Ethereum. He most recently worked as an EIR and investing partner at Blockchain Capital, where he invested in several startups and started a new company, SAAVHA, database security firm. He was also the founding editor-in-chief of Distributed Magazine. Lastly, Gardner helped structure the landmark Blockchain Capital security token ICO (ticker: BCAP). 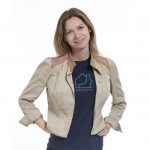 Natalia Karayaneva – Founder and CEO, Propy – Natalia is the founder of Propy, a startup that raised > $15MM in its 2017 token sale to build a decentralized title registry for real estate. Propy uses the Ethereum blockchain technology in its system for reliably and cost-effectively automating the entire process of sales, transfer, and records management for global real-estate transactions. Natalia is an expert in token sales, ICO legislation, real estate, and token economics for physical assets. In addition to her domain expertise in real estate, Natalia is a recognized blockchain expert and a frequent speaker at conferences worldwide. Karayaneva is a managing owner of real estate development firm MP Group Ltd, an alumna of the University of Oxford, software engineer, and an expert in sustainable urban development. She founded her first company at the age of 19.

Miko Matsumara – Blockchain Expert, Advisor and Investor – Miko founded crypto exchange Evercoin and is a Venture Partner with BitBull Capital, a cryptocurrency fund-of-funds. He is a token holder in FileCoin, Brave, CIVIC, Propy, Polymath and an investor in Lyft. Miko has raised over $50 million in venture capital for Open Source startups and over $200M in ICO capital. In addition to advising many top crypto startups, Miko also leads the Crypto Underground meetup in San Francisco and is a well known speaker at many cryptocurrency and blockchain events. He holds an Master’s degree in Neuroscience from Yale University where he worked on abstract computational neural networks. 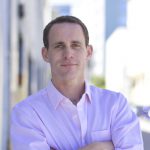 Will O’Brien – Blockchain Expert, Advisor and Investor – Will  was founder and CEO of BitGo from 2013-2015, limited partner and advisor to Blockchain Capital since 2013, and is an investor and advisor to pioneering projects (Civic, Orchid, Photon, Nodle, and Telegram). Will’s angel investment and advisory portfolio includes fintech, gaming and VR, media, healthtech, data and analytics, and cloud services. Prior to his work in crypto, Will was an executive at Keen IO (acquired by Scaleworks) Big Fish Games (acquired for $885 MM by Churchill Downs) and TrialPay (acquired by Visa). Will has been featured in the WSJ, NYT, Forbes, Fortune, AllThingsD, BusinessWeek, and various industry press. Will holds a B.A. in CS from Harvard and an MBA from MIT Sloan.

Dovey Wan – Managing Director, DHVC (Danhua Capital) – In her professional career, Dovey has worked at eBay as a product manager before getting into venture investment and joined DHVC (Danhua Capital) as part of the founding team. Since 2013, Doveyhas become a crypto enthusiast and has been immersed in the blockchain world. Ever since she invested in Dfinity, Omisego, Kyber Network, 0x, Chia network, Messari, Handshake and she’s the board of Theta Network and few stealth ones. Dovey has an extensive experience with both Chinese and US crypto community, she’s now serving as a supernode nominator for Huobi Hadax and has been an active advocate for gender equality and self-regulation for crypto industry.
«
Arrington XRP Capital Goes To Asia
Arrington XRP Capital Partner Geoffrey Arone Speaking in Seattle Today At BlockChainNW
»