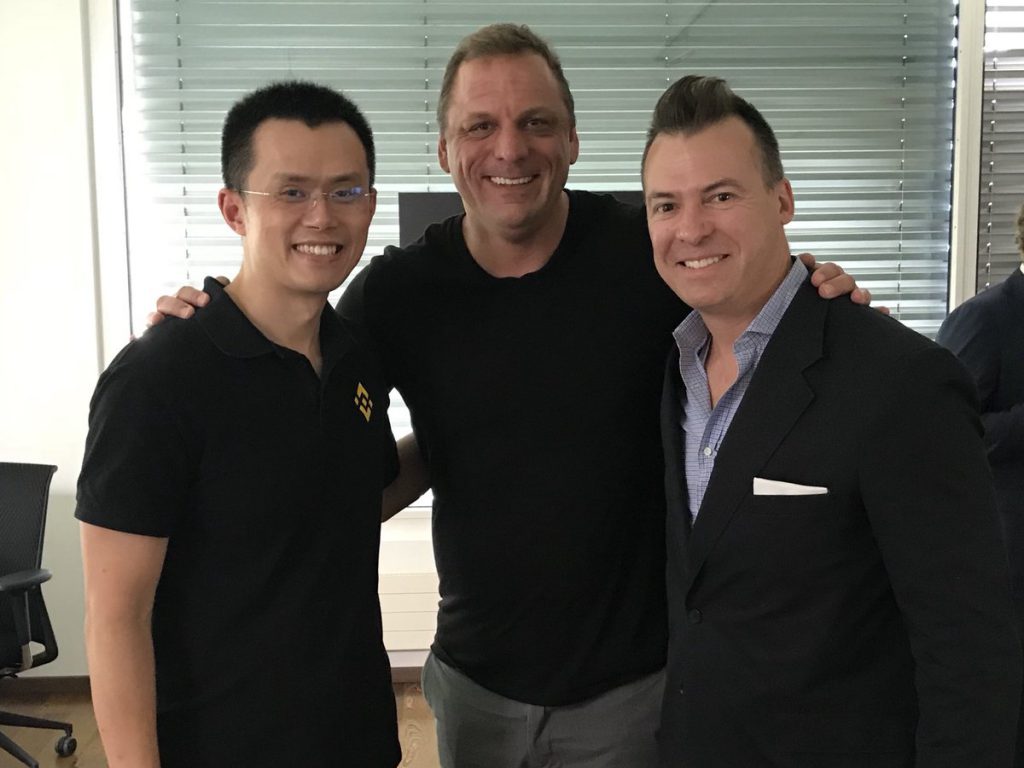 Earlier this month I visited the tiny European country of Lichtenstein (population: ~40,000). I was there to celebrate the announcement of a new crypto exchange called LCX. LCX is entering into a joint venture with Binance to create a new fiat to crypto exchange, to be called Binance LCX.

Binance, of course, is the worlds largest crypto exchange to date, and it’s just a little more than a year old. They facilitate the exchange of crypto assets for other crypto assets. They don’t exchange assets into fiat yet, and this partnership is a step towards meeting that demand. As a disclosure, our fund is involved in this new joint venture, although the details haven’t been announced yet.

This post isn’t really about LCX, I’ll write more about that project later at the right time. But I do want to say a few words about the CEO of Binance, Changpeng (“CZ”) Zhao.

This is actually the first time I’ve met him. I’ve been at events he was at, and I even spoke at the recent Binance conference in Seoul. But I’ve never had the opportunity to meet him.

In Lichtenstein everyone involved in the deal stayed at the same small hotel, and there were only a handful of us. So I had the opportunity to have multiple meals with him as well as interactions at two official events.

In my days at TechCrunch I had the opportunity to meet and interview many of the leading business people of our time. Steve Jobs, Eric Schmidt, Larry Page, Jeff Bezos, Bill Gates, Mark Zuckerberg and many others.

I don’t know if CZ will reach the same level of success as these other people, but I do think one thing – he’s right up there in that group of titans in terms of personality, drive, charisma, etc.

These people have a variety of personality types and quirks, and achieved success in different ways. But they all have (or had, in the case of Steve Jobs) certain things in common, to varying degrees.

As I said in a follow up tweet, he’s thoughtful, strategic and deeply human. He seems to clearly understand where he wants Binance to go and how to give it the best chance of getting there. He also has a good sense of humor and good PR instincts.

A lot of my thoughts about him aren’t easily articulated, and it comes down largely to more of a gut level feeling. Still, after I tweeted about him people I know started reaching out to me to (mostly) agree.

One of those people is David Lee, who formerly ran SV Angel and is currently at Refactor Capital. After meeting CZ he was so impressed he wrote a note to his limited partners.

David’s notes, published with his permission:

My personal observation: he is impressive as a communicator and his talk was very precise. His statements felt authentic and very U.S. – focus on users, long-term view, embracing failure.

David also mentioned that CZ spends as little time as possible facing outwards, that he is most happy when working on new features, the technical and operational side of the business. And that he uses “very crisp, precise speech.” I noticed this too.

If it seems like CZ is everywhere, that’s because the press always wants a piece of him. He’s probably only second to Vitalik Buterin when it comes to selfie requests at crypto events. But the side of him that i saw was quiet and thoughtful, not someone quick to talk or bluster. He clearly thinks at least a step or two ahead of most of his competitors (his decision to leave China at just the right time last year catapulted the company to the no. 1 position among its competitors).

And his team clearly believe in him, and Binance management in general. The vast majority (~90%) of them have opted to take their salaries in BNB coin instead of fiat. Whether you think that is smart or not, it clearly shows belief in the future of the company (and in fact BNB has been one of the best performing coins this year).

Bet on CZ if you can. Don’t bet against him if you can avoid it.

* The picture at the top of this post includes (from left to right) CZ, me, and Ripple SVP Ethan Beard.