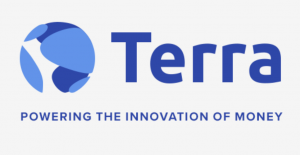 I visited Korea in July and while I was there I had the very fortunate opportunity to meet Terra founders Daniel Shin and Do Kwon. This was one of those rare meetings where it might have appeared that the company was pitching me, but I already knew I wanted to invest and in reality I was pitching them to get the largest allocation I could.

Terra is our third investment in a Korean company and our second largest single investment by size. I’m VERY excited about this company. This is only the second stablecoin we have backed (the other is U.S. based Reserve).

Most stablecoins have a mechanism for keeping the price stable to another (usually fiat) currency that involves an algorithm and reserves. While Terra is also using these same tools, they are mostly focused on keeping their coin price stable via a network of the largest ecommerce companies in the world who are going to agree to use the currency and peg its value. That means the heavy lifting will be done via partners who will simply use the coin, and it’s a compelling argument.

We join an incredible list of co-investors (Binance Labs, Polychain Capital, OKEx, Huobi Capital, FBG Capital, Arrington XRP Capital, TransLink Capital and many others). You can read lots more about the company at the links from their press debut below.

SINGAPORE ​- Terra has successfully closed its seed funding round with an initial USD $32M raised to kickstart its vision of creating the next generation of digital money. In a rare event, the capital investment arms of four of the six largest cryptocurrency exchanges globally have signed on as lead investors, including Binance Labs, OKEx, Huobi Capital, and Dunamu & Partners (the investment firm of Upbit operator Dunamu). An impressive list of leading global blockchain-focused funds, including Polychain Capital, FBG Capital, Hashed, 1kx, Kenetic Capital, Arrington XRP Capital and many others, have also joined as investors alongside major mainstream funds like TransLink Capital.

Terra will invest the initial seed capital in building the modern financial system on the blockchain. The team aims to solve key barriers to the mass adoption of digital currencies by creating a price-stable cryptocurrency (“stablecoin”) that can be readily used on Terra’s blockchain payment solution. The company’s unique go-to-market strategy leverages the large and ever-growing transaction volumes of eCommerce platforms. Terra is using a proven model that has worked tremendously well for payment platforms like AliPay and PayPal, which grew by capturing the rising transaction volumes of TaoBao and
eBay respectively. To drive the same kind of rapid adoption, Terra is integrating its payment system into the Terra Alliance, a formidable alliance of global eCommerce partners on an unprecedented scale.

“We are pleased to support Terra, which sets itself apart from most other blockchain projects with its established and immediate eCommerce go-to-market strategy” said Karthik Raju, partner at Polychain
Capital. “Its existing technology and compelling business model provide an ideal launching pad for Terra to fundamentally disrupt how everyday digital commerce is conducted across global consumer markets.”

The Terra team is already deeply connected to the eCommerce industry, where co-founder Daniel Shin is founder and Chairman of TMON, a leading eCommerce platform in South Korea with a total Gross Merchandise Volume (GMV) of nearly $4 billion and 9 million annual customers. To date, a total of
fifteen companies along with TMON have joined the Terra Alliance, including Woowa Brothers, Qoo10, Carousell, Pomelo, and TIKI – some of the fastest growing eCommerce companies in Asia-Pacific servicing Southeast Asia, Taiwan, Hong Kong, Australia, and other major markets. With a total of USD $25 billion in annual transaction volume and 40 million customers, the Terra Alliance sets the stage for Terra to become a medium of exchange at massive scale. More partners will be joining the alliance as Terra
expands its global footprint.

“From experience, I know that faster, more secure transactions at a fraction of today’s fees could be a game-changer for many eCommerce platforms. We are excited to be working with great partners and look forward to beta-testing Terra’s payment system in Q4 of this year,” explained Daniel Shin, Co-founder of Terra. “However, our vision goes beyond positioning Terra as a trusted and secure medium of exchange for eCommerce. The potential application of Terra is immense, and we foresee it being used for all types and forms of financial products like loans and insurance.”

Terra was conceived in response to the need for a stable digital currency that is immune to the price volatility that comes with speculation and manipulation. However, creating a widely accepted digital currency is only part of its mission. Beyond being a currency, Terra hopes to evolve into an open platform where innovative financial dApps can build upon Terra’s stability. In finally bridging the gap between digital currencies and real-world application, Terra will help unleash the vast and yet-to-be-realized potential of blockchain to revolutionize the very nature and form of money.

“While we see many stablecoins coming out, Terra’s journey is especially meaningful as they are designing one of the few price-stable protocols with existing, working, and strong go-to-market strategy and usage. We are constantly impressed by the founders’ leadership and earnest commitment to the business, and excited to support the team,” said Ella Zhang, Head of Binance Labs.

Terra is designing a price-stable digital currency that will power the next-generation payment network on the blockchain. Terra partners with an ever-growing alliance of global eCommerce platforms to bring blockchain’s benefits such as low transaction costs to merchants and everyday consumers. By bridging the gap between digital currencies and real-world application, Terra aims to evolve into an open platform for innovative financial dApps and grow the real GDP of the blockchain economy. Founded by a team of business, finance and blockchain experts, Terra has offices in Singapore and Korea.  For more information, go to https://terra.money/ ​

Follow us on Telegram: @terramoney
Visit the Terra blog for regular updates: https://medium.com/terra-money
Join the Terra community on Discord: https://discord.gg/bYfyhUT